Chronic Pain in Hanford, Visalia, and  the U.S. is a Big Problem 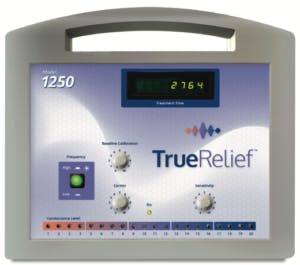 The cost of pain in the U.S. is $600+ billion a year in medical treatments and lost productivity.

For decades, opioids have been the go-to treatment for pain. Retail pharmacies dispensed more than 214 million opioid prescriptions in 2016. That’s more than 66 prescriptions for every 100 people and more prescriptions than any other country in the world. 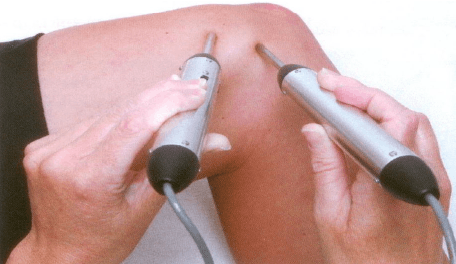 TrueReliefTM is a drug-free medical device that doesn’t break the skin (no needles or knives), and is  cleared by the FDA for the relief of chronic intractable pain and the treatment of postsurgicaland post-traumatic acute pain.

with no known side effects.

It re-boots the nerves in the involved area to bring back a normal impulse.

When impulses can be reset, the painful condition can be reduced or eliminated entirely by encouraging the release of the body’s natural opiates and improving vascular responses.

What Makes TrueReliefTM Different from Other Treatments?

TrueReliefTM is very different compared to other electrical therapies both because of the proprietary electrical recipe, as well as the probe delivery system:

Written by Drs. David Chapman and Kelly Black, this textbook and treatment protocol manual is a thorough discussion of over 40 of the most common conditions for which TrueReliefTM is used.

Treatments follow one of two distinct approaches in determining where to place the TrueReliefTM probes on the patient’s body to provide treatment.

How Many Treatments Will I Need?

TrueReliefTM treatments are generally given in bursts that range from 30 seconds to four minutes in a given spot.